American classic cars are time capsules being passed from one custodian to another.

The owners of these automobiles are preserving American motoring history for future generations.

They are lovingly caring for a legendary vehicle and deserve to be honoured.

Please show your gratitude and respect by leaving a kind comment and sharing the page with your friends.

A Brief History of this 1967 AMC Rambler Rebel SST

In 2013 Terry started looking for an AMC made car. He was primarily looking for a 1970 Mark Donahue Javelin SST or a 1967 Rambler Rebel SST.

He found the Rebel first.

It had been sitting for 20 years in a yard in Oklahoma. It was in pretty sad condition. After some body work, interior and mechanical  work it was up and running again. Terry is currently working on a full restoration of it.

The Rambler SST was AMC’s attempt to compete with the big 3 in the performance market.  Terry’s one was equipped with a 343 Cid engine, power steering, power front 4 piston disc brakes, factory air conditioning, 3 speed automatic transmission, floor shift in the console, bucket seats and vinyl top. Unfortunately,  AMC did not keep specific records of their cars so it’s difficult to know just how many of each specification were built. However, it is a sure thing that there were not many of this car built with all of the options found on Terry’s example.

This car was also the basis for the 1970 Rebel which was built for only 1 year. To Terry’s knowledge, this is the only 67 Rebel SST so equipped in North Texas where Terry lives.

It’s clearly a nice example having been invited to several invitation only car shows in North Texas this year including pre-race show activities at Texas Motor Speedway and Pit road parking at Firestone 400.

The First Excitement Machine In The Intermediate Class!

1967 was the year that saw 475,000 troops stationed in Vietnam and Cassius Clay stripped of his heavyweight crown for refusing to join the armed forces in protest. Psychedelic music hit the mainstream with the Beatles releasing Sgt. Peppers Lonely Hearts Club Band, to much acclaim. The Doors are banned from the Ed Sullivan show for singing the line “Girl we couldn’t get much higher” when specifically told to change it for the airing. TV was graced by shows such as the Monkees, Star Trek and the Fugitive – the final show of which was the most watched episode of the decade.

It was also the year that AMC was in big trouble. Debts approaching $76 million and unsold cars piling up on lots forced drastic action including sacking the President and selling 14,000 cars to rental companies at a small profit to help ends meet.

The fifth generation of the Rambler Rebels was part of the 1967 lineup that AMC bosses hoped would turn their fortunes. The coke bottle styling, fashionable across most marques at this time was introduced as AMC completely redesigned the line. AMC decided to increase the size to allow for more passenger space and carrying capacity and added new safety features such as a collapsing steering column. 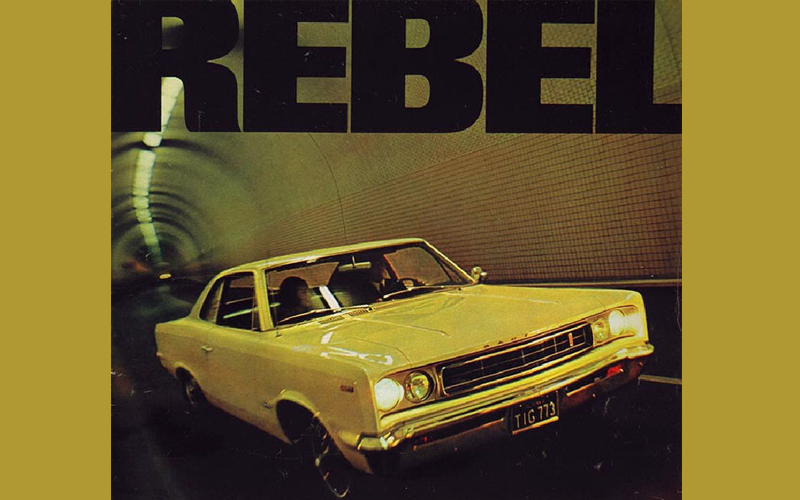 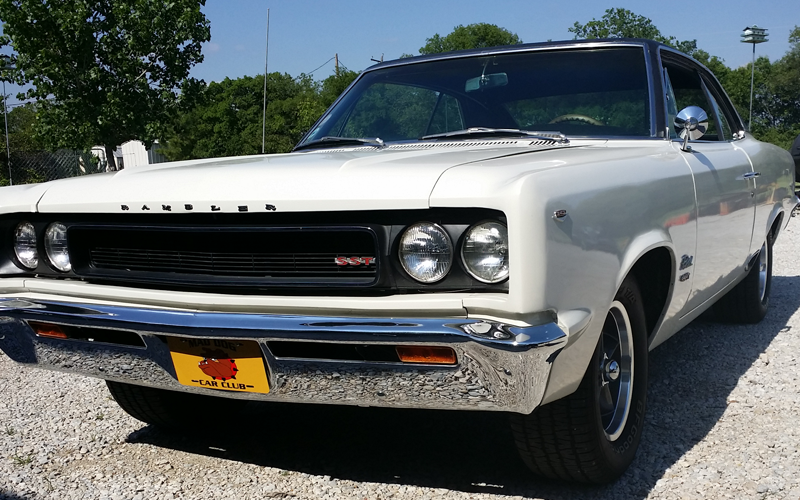 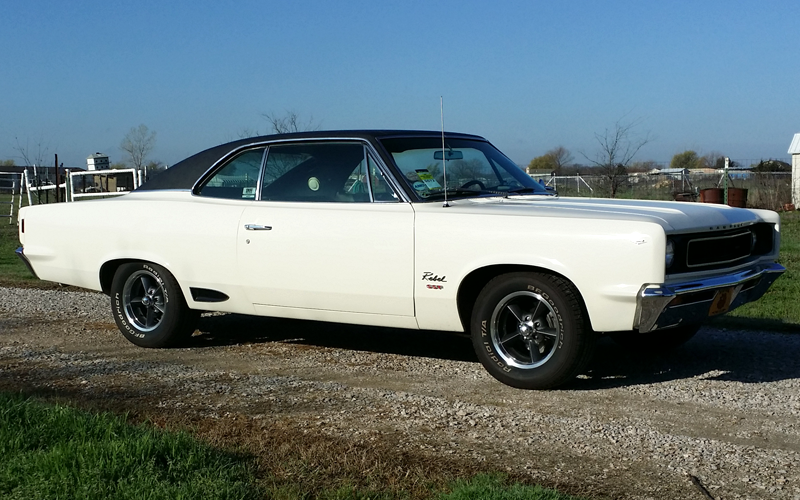 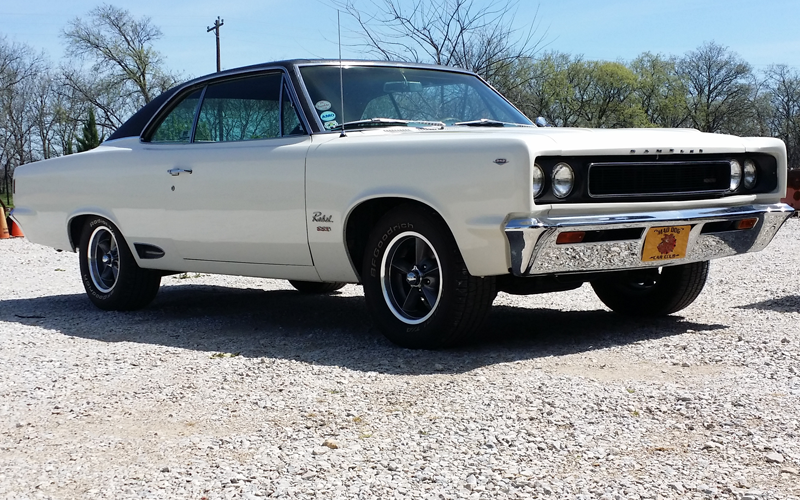 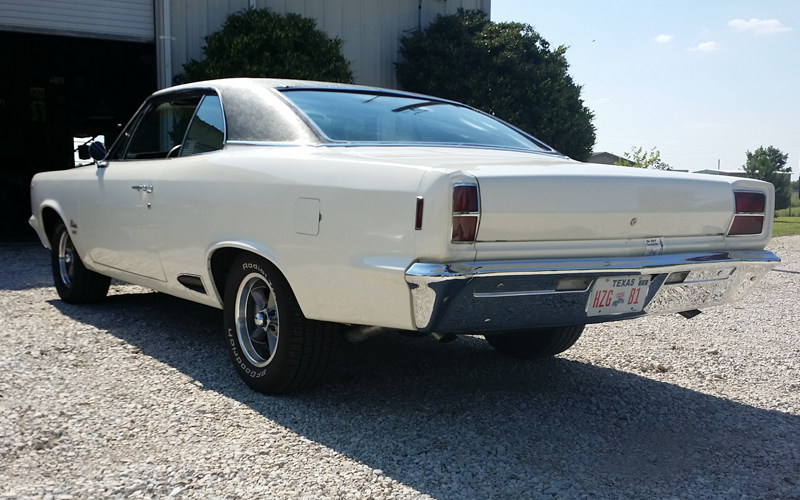 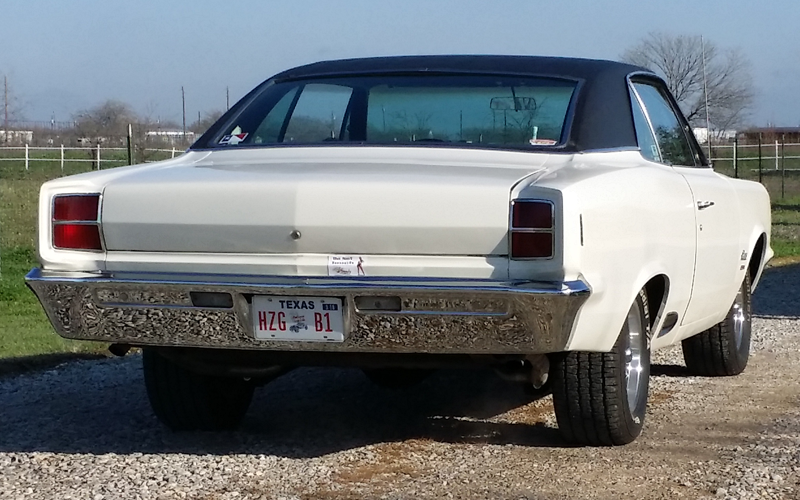 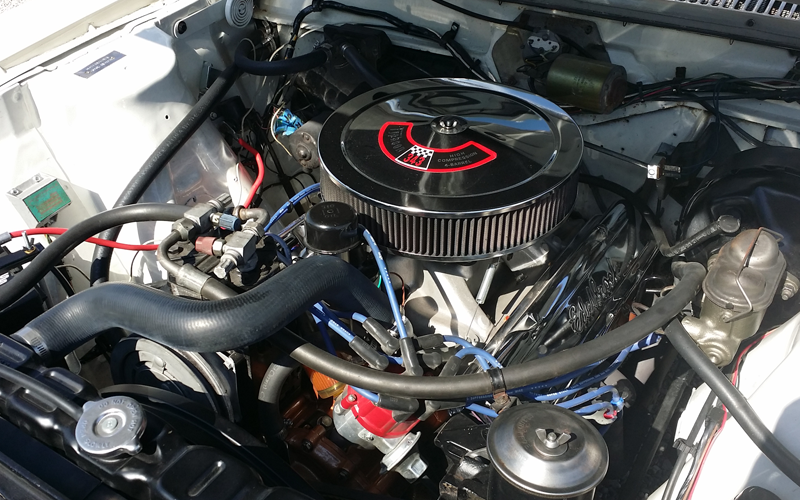 1967 Rambler Rebel came in many guises but the SST was only available as a 2 -door hardtop. The 343cu engine was the biggest available in 1967 and could manage 0-60mph (0-97knh) in nine seconds. Not only that it was noted as the quietest by contemporary testers.

The SST badge made reference to the trim level rather than anything that might affect the performance specification. All Rebels of 67 could be equipped with most options.

Ironically, lumping a V8 into mid-sized car was something Rambler did back in ’57 with the previous Rebel. So when then they belatedly put a V8 in the 67 model it was deemed a little too late. Chevy, Dodge, Ford and Plymouth among others had already beaten them to it so the car didn’t make big headlines – or in fact sales with just 15,287 making it to owners (to put that in perspective the Chevelle SS396 sold over 63,000. 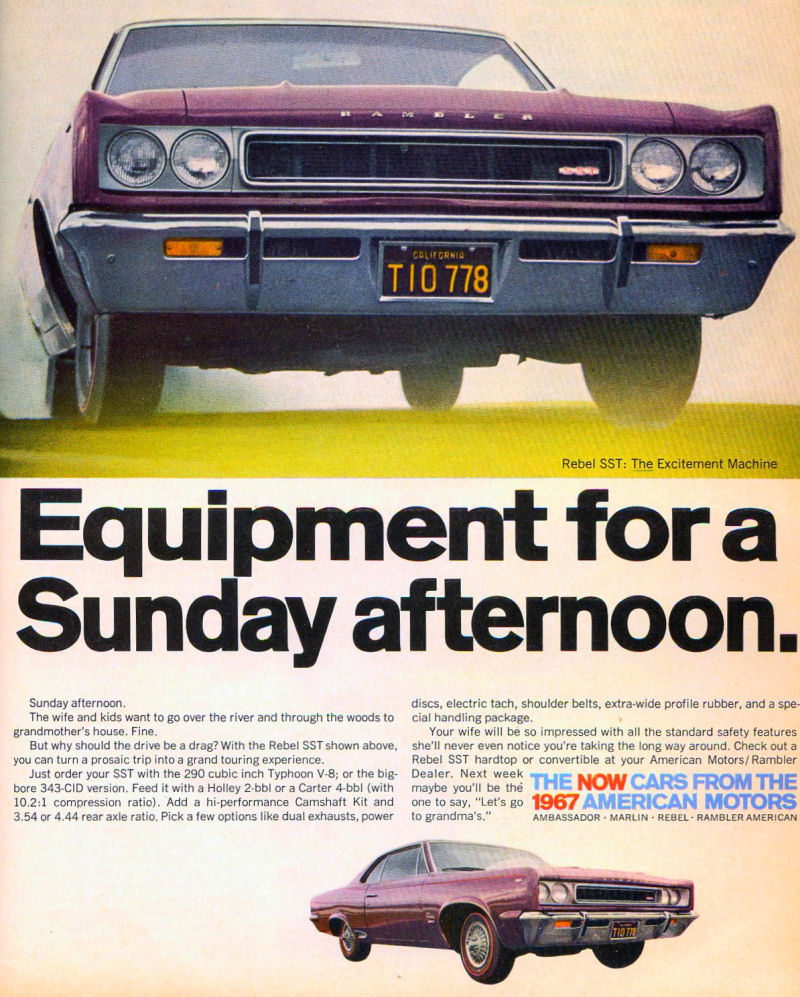 Whatever your opinion the AMC Rebel has its fans and deservedly so; it is a smart car with great performance from a quirky brand that produced some fantastic cars and the SST is definitely worth a place in the pantheon of sixties muscle cars.

Thank you to Terry Hanna for sharing its history and photos with us.

Please leave a comment below to show your appreciation of the car if you enjoyed this feature.